X2M is a technology company that uses the internet to deliver productivity improvements, cost savings and improved public safety to enterprise and government customers. X2M’s current focus is servicing the utility sector in the Asia-Pacific (APAC) utility market through the provision of technology which connects devices over the internet, such as water meters and gas pressure sensors and which enables data exchange and control of these devices. This category is commonly referred to as the Internet of Things (IoT).

The APAC utility market typically uses aging analogue infrastructure in an environment of increasing population and demand for services. Utility providers and governments in the APAC region are increasingly migrating to sophisticated internet based technology solutions in search of productivity improvements, environmental sustainability, waste reduction and enhanced public safety.

The IoT entails connecting everyday objects to the internet so they can communicate with each other and with centralised systems (such as big data, artificial intelligence systems, machine learning, billing and control platforms and distributed systems (such as factory automation, building automation, smart parks and local safety systems). These objects range from utility related devices such as air conditioning systems, solar systems, electric vehicle charging stations, pressure sensors, as well as water, electricity and gas meters to household or industrial items such as blinds, compressors, lights and displays. Once connected to the internet, they can send and/or receive information and potentially be controlled remotely. The figure below depicts how a typical end-to-end IoT solution operates. The three different components of an IoT platform are the IoT Device, the IoT Hub, and the IoT Platform:

(a) IoT Device:
These are individual smart devices, either built in or added to a meter or other infrastructure item that can connect to the internet to send and receive data.

(b) IoT Hub:
A small computing device that is located near the end smart devices. Its purpose is to collate and simplify the information received from each device and trigger local actions. Data is also sent to the central IoT platform in the cloud to trigger group actions. Some IoT devices do not make use of the IoT hub. 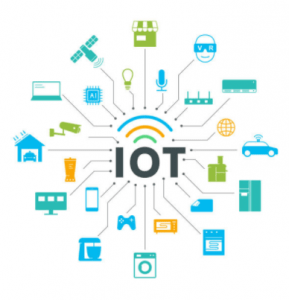 Mr Stockdale has significant legal, Government, investment banking and other business experience. Alan was Victorian Treasurer (1992-1999) and was the Minister for IT and Multimedia from 1996 to 1999. He was a successful barrister, law firm Partner and Consultant and worked as an investment banker for Macquarie Bank. Mr Stockdale is Chairman of Knosys Limited and was previously Chairman of ASX-listed companies Senetas, Axon Instruments and Symex (now Pental) and Chairman of the Medical Research Commercialisation Fund. He has been Chairman or a Director of several other listed companies, unlisted companies and voluntary organisations.

Mohan Jesudason has over 30 years’ business and executive experience. Mr Jesudason was previously the Managing Director of Gaming and Group Marketing at Tabcorp Holdings Limited for 10 years. He also worked 9 years at Telecom New Zealand (now Spark New Zealand Limited) which included the position of Managing Director at Telecom Mobile. Mr Jesudson also worked at National Mutual/AXA (now AMP Limited) for 16 years where he served in a variety of roles from Graduate trainee to senior executive. Mr Jesudson is a Director of the Melbourne Football Club, on the Advisory Board of Enterprise Victoria and a past Director of Racing Victoria Limited where he was also a Member of the Racing Integrity Council.

Mr Kim is an experienced IT professional with over 20 years of sales, marketing and management experience in Original Equipment Manufacture, Telecommunication, and Government sector. Mr Kim’s previous held the positions of Korea Country Manager at NextWindow for 4 years and Chief Executive Officer at Kathrein for 5 years. Yongsun also worked for Intel for 10 years.

Mr Fang has over 30 years of management experience in Information Technology including IOT, Big Data, Cloud and Green Energy industries including 12 years experience working in business & product development and as the Business Unit head of Enterprise Solutions for Ericsson in Taiwan and China.

Mr Fang is based in Taiwan and has over 10 years experience in working with Chinese organisations, which is a target geography for the Company.

Mr Matsunaga brings considerable expertise and experience in developing business within Japan. He is an experienced management consultant in IoT, AI and digital marketing.

Oliver is a qualified lawyer and experienced Company Secretary with over 30 years’ experience in a variety of corporate roles. He is currently a director or company secretary of a number of listed, unlisted and not for profit entities such as the Melbourne Symphony Orchestra and Australian Mines Limited. He currently runs his own consulting business and was previously a Director of the Chartered Accounting firm KPMG. Prior to that, he was a senior legal officer with ASIC.

The company is always on the lookout for high quality, enterprising and skilled staff across a number of roles. If you think you have what it takes to work in a fast paced, exciting and rewarding small company then register your interest at our careers email:

Azbil Kimmon is one of the largest bottled gas, water and gas meter manufacturers in Japan. X2M partners with Azbil to deliver a comprehensive bottled gas monitoring system to customers in Japan.

DaeHan Meter Co Ltd is South Korea’s largest water meter manufacturer with 29% direct market share and a further 12% share through component supply to smaller manufacturers. DaeHan offers our NBIoT based network interface cards to its customers as part of its water meter catalogue.

Yung Loong is the largest gas meter manufacturer in Taiwan and sells their gas meters with our NBIoT (and previously Zigbee based) network interface cards which allow for remote readings, realtime alarms, valve control and gas pressure management.

AWS is one of our cloud hosting partners and provides a leading, global cloud service.

KT is one of our cloud hosting partners and provides a leading cloud service in South Korea.